Dive into these fun chocolate facts. A random collection of semisweet tidbits that'll amuse, amaze and educate. Read them and...

Learn about lives changed by chocolate.

Days devoted to it (get your own copy of my Celebrate Chocolate Days Calendar).

And unique bittersweet products. Assorted fascinating information about chocolate for your edification.

Have a little fun and feast your eyes on these facts.

More stuff you don't need to know, but you'll want to share.

The Maya believed that chocolate was given to them by the gods who found it in a mountain full of delicious foods. They treasured it.

Today, we still do.

It's a fact that even during tough economic times chocolate sales increase. Why?

It's a stress reducer. You always feel better after you eat some, don't you?

Plus it's a luxury that can be bought for pennies. 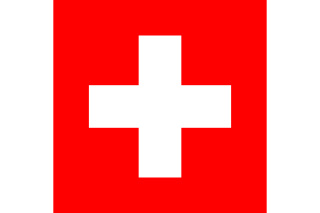 Which country is the home of the most devoted chocoholics? Nope, not the United States.

That title goes to... Switzerland!

We come in at number 11. Americans eat an average of only 12 pounds per person per year. But it's our favorite flavor.

A fact confirmed by the National Confectioners Association web site. No less than 52 percent of U.S. adults surveyed chose chocolate.

Poor vanilla, it was chosen by only 12 percent.

Watch out milk! Dark chocolate's popularity is rising. No doubt fueled by its health benefits, not too mention the delicious taste.

The western nations love their chocolate. But it's not yet as popular in Asia. The Japanese consume about 4 pounds per person, the Chinese less than 1 pound.

Guess how many days are officially devoted to celebrating chocolate? Wrong!

In the United States there are more than a dozen national days devoted to chocolate something or other.

Check out the calendar below!  I used the List of Food Days on Wikipedia to compile it. 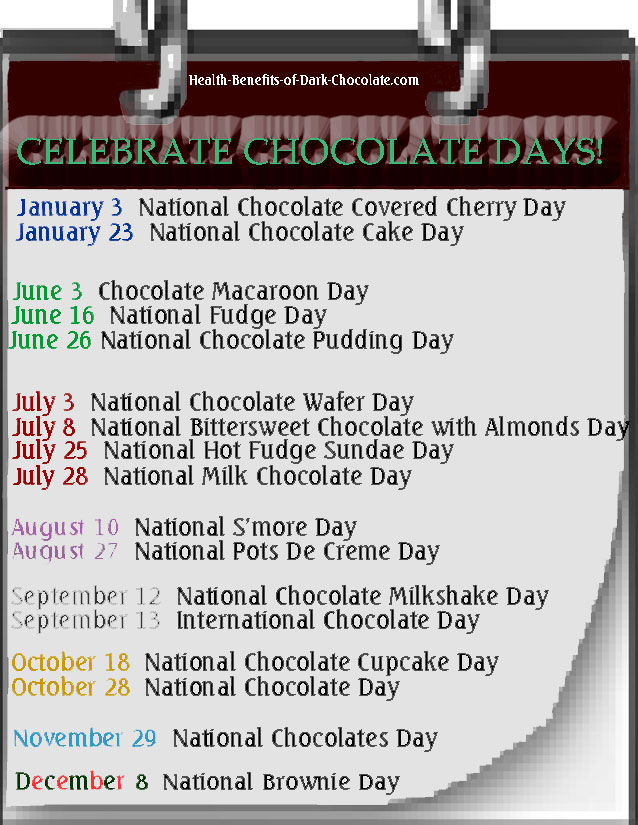 Proudly display your own copy of my Celebrate Chocolate Days Calendar.  Never miss a day devoted to your decadent obsession again!

But wait there's more!  An entire week dedicated to it. March 14-20 is American Chocolate Week.

Don't forget to celebrate with the world...

I don't need a calendar because everyday is Chocolate Day at my house! Just ask my kids.  ;0 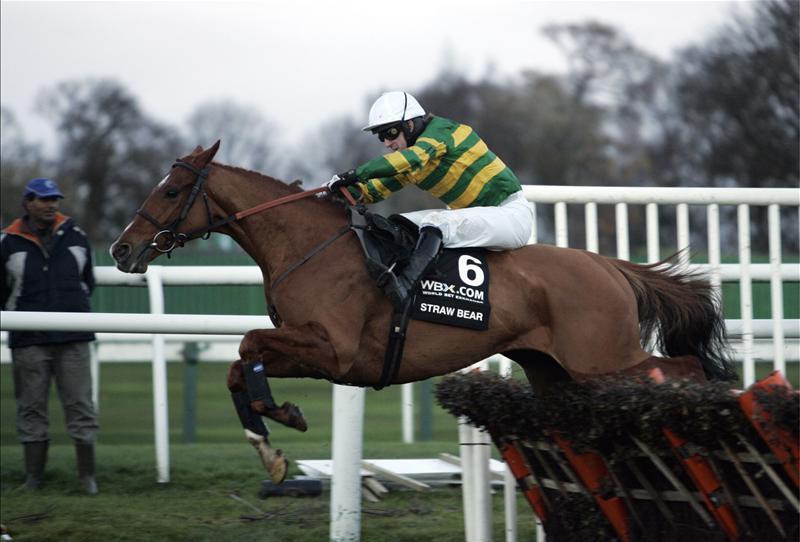 Here a few people whose lives or livelihoods depend on chocolate.

A store owner credits chocolate as the source of her stamina. She ought to know. She's 96 years old and still working.

The first female member of a U.S. exchange was Gretchen Schoenleber, president of the Ambrosia Chocolate Company. She bought a seat on the New York Cocoa Exchange in 1937.

Boy eats chocolate to live. Most of us live to eat it but this kid needs it to stay alive. Stomach problems prevent Sam Tandy from maintaining a healthy weight. So he eats as many as 6 bars a day to keep from starving.

A winning diet. Tony McCoy, champion jockey, frequently subsists on nothing but chocolate bars and soda. Helps keep his weight low and energy level up?

Here are a few unique products you may want to try.

The fried chocolate candy bar was invented in Scotland in 1995. The Snicker's bar is dipped in batter and then fried. Can be found in the United States too!  Looks kinda like a corn dog.

No chewing required. Breathe in your chocolate with Le Whiff. A professor from Harvard created this little wonder. It's calorie free way to get a hit of chocolate. Sort of a rescue inhaler for chocoholics.

Thank goodness accidents happen. No melt chocolate was inadvertently invented in 2009 by the Callebaut Company. What's the big deal? Real chocolate taste but with 90 percent fewer calories! That would be a dream come true.

They won't throw this one away. Send an edible chocolate birthday card. Joy Cockle creates them.

The Cholive. A chocolate truffle shaped like an olive made for cocktails. It comes with a skewer so you can hang it on the glass. It's made by the Cholive Company of Milwaukee Wisconsin ( :(out of business now). 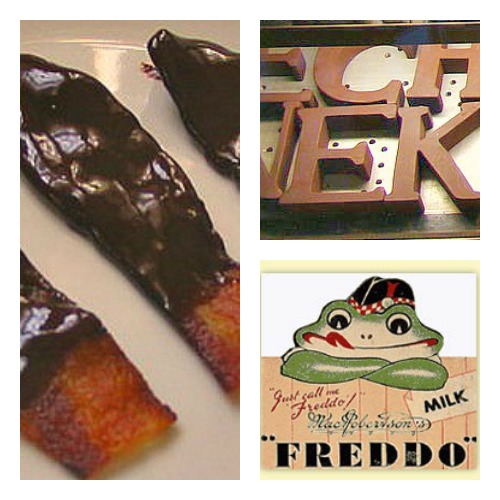 Here are a few more random facts about chocolate in no particular order.

Pig lickers, bacon drenched in chocolate on a stick, debuted at the 2008 Minnesota State Fair.

In 2006, EPA cited a Chicago chocolate factory for fouling the air with the scent of chocolate. Filters had to be installed.

Reggie Jackson caught in chocolate April shower. In 1978 Jackson hit a home run and was deluged by candy bars as he rounded the bases. Fans celebrated his feat by flooding the field with Reggie! Bars.

Dutch children are given chocolate letters on the Feast of Saint Nicholas.

Italy's Fano Carnival is famous for its chocolate fight. Candy, thrown from the floats, is used by the crowd to pelt each other.

Chocolate powered race car. Built to run on cocoa waste instead of gas.

Here comes the bride all dressed in wool. The sheep lady wore a dress made from her flock's wool and gave chocolate candy sheep to her guests.

Sweet sandwiches are topped with chocolate sprinkles in the Netherlands.

Chocolate syrup was used to simulate blood in the movies Psycho and Night of the Living Dead.

Want to play an online Chocolate Game? Can you beat it? Take a break and see.

Do you sell healthy dark chocolate? Promote it for free. Join my Healthy Chocolate Directory.