Theobromine?  Find out its effects and defects before you decide to consume it.  You know how caffeine affects you. But what do you know about this stimulant?

Fortunately, its effects are usually beneficial, giving the body a mild boost or helping to treat a medical condition.

But if you're pregnant or suffer from acid reflux it could cause concern.

Familiarize yourself with the benefits of this not so familiar dark chocolate stimulant.

Theobromine, a methylxanthine like its relative caffeine, is a bitter tasting stimulant found in chocolate.

It's effect on the central nervous system is much milder than caffeine's. But it has a greater impact on the heart, smooth muscle, and kidneys.

Its effect is so mild that it nearly faded from use in medicine.

What does it do?

It's a heart stimulant, a diuretic, an artery dilator, and a smooth muscle relaxant.

This makes it useful in the treatment of heart problems and other medical conditions such as...

This has led to the development of the chocuhaler. It uses chocolate to help deliver asthma medicine more efficiently.

Recently, theobromine was compared to fluoride. Surprisingly, it was found to be better at strengthening tooth enamel.

By 2012 a new toothpaste, containing this cocoa extract, could be on the market. 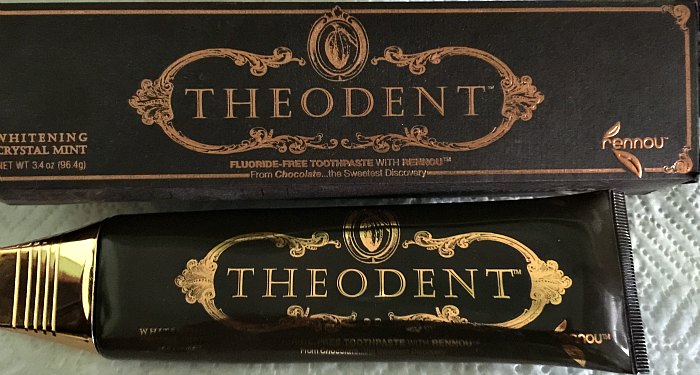 Update: Well, the wait is over the new toothpaste is now available.

It's billed as a safer way to strengthen your teeth!

Who wouldn't want a toothpaste safe for the whole family?

Why is it safer?  Because it's ok to swallow unlike fluoride.  The kid's can brush without you having to hover.

If you're concerned about fluoride give Theodent a try. 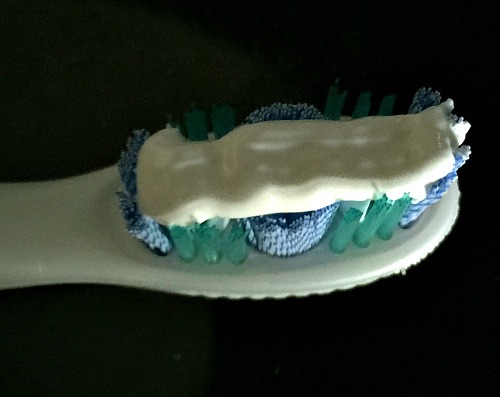 As you can see, it isn't chocolate colored.  And it doesn't take like chocolate either.

But it does have a mild mint flavor.  It's a tasty way to toughen up teeth enamel without fluoride.

Now, if they made it taste like dark chocolate, brushing would be a lot more fun. But alas...

Ok, now on to some reasons why you may want to steer clear of chocolate theobromine.

The amount of theobromine found in dark chocolate is small enough to be safe for people to consume.

But here are 2 instances where it could cause a problem...

As always, be sure to consult your physician if you have any concerns about it.

All the news about it is not good. Maybe you've heard that it's toxic to humans.

It is but fortunately the dose needed to harm you is quite high.

Yes, it's theoretically possible to commit suicide by chocolate. But you would have to eat several pounds of chocolate at one time.

Over 11 pounds of milk chocolate would have to be consumed at one time by an adult human.

That's according to Brian Clegg on the podcast Chemistry in Its Element - Theobromine.

There's no way even the most rabid chocoholic could eat that much! Cause I've tried and got sick of it loooong before consuming that amount!

Finally, it's emerging from the shadow of its stronger, more famous cousin, caffeine. Neglected by medicine no more, this mild stimulant is proving it has powerful potential. It looks like dark chocolate's other stimulant will be getting the recognition it deserves.


Return to Benefits of Dark Chocolate